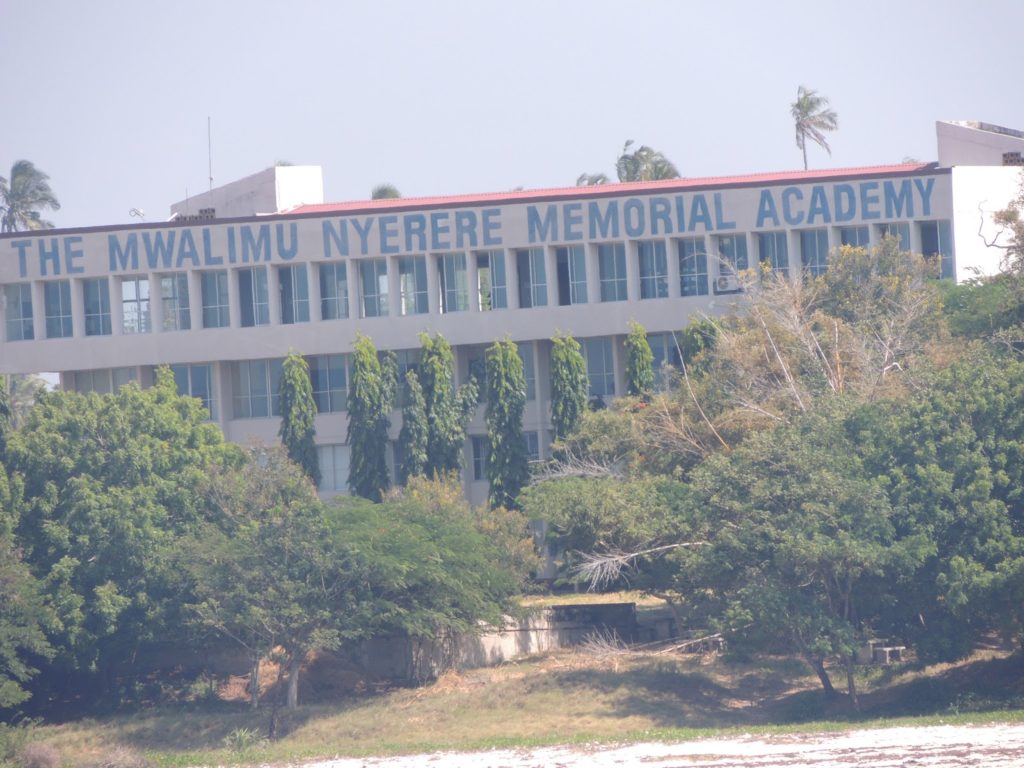 HISTORY OF MNMA
The Mwalimu Nyerere Memorial Academy is initially a product of Kivukoni College. In February, 1958 the National Conference of TANU which was held in Tabora passed a Resolution to establish a college for adults in the lines of Ruskin College in Oxford. The College was to be a tool for spreading understanding of social, political and economic problems facing underdeveloped countries such as Tanganyika among people who were likely to become leaders in newly independent country but who did not have qualifications necessary to enter educational institutions. The Adult College was formally established on 29th July, 1961 as a private company under Companies Ordinance (Cap 212).
The Institution was given the name Kivukoni College. While inaugurating Kivukoni College, Mwalimu Julius Kambarage Nyerere, the President of TANU and the Prime Minister of Tanganyika by then had this to say about the name of the College.
“The name of this College is significant. It is not just the question of the site being of crossing place physically. Tanganyika itself is at the crossing place now; on December 9th, we assume new and great responsibilities. We shall need a strong and able crew to affect a safe journey, and every student must become part of that crew. But first he/she has his/her own crossing to make; a crossing to wide understanding and to new opportunities for service”. Regarding the adult college, Mwalimu said: Kivukoni College is not intended to be a College for an Elite, it is intended to make a contribution to the development of all the people.
To come here as a student is to be given a wonderful opportunity and a privilege. The responsibility is proportionately great. If any student ever tried to divorce himself/herself from the people who indirectly sent him/her here he/she would be abusing the privilege but I do not believe that will happen. The graduates of Kivukoni must be like the yeast in a loaf, effective because it cannot be isolated, its presence being known by the work it had done…” The College opened with 43 students only. Subjects taught were Political Science, History, Sociology, Literature, Geography, Administration, Law, Modern Languages plus other relevant subjects.
In 1971 Kivukoni College was transformed into an Ideological College. The College was considered best suited to inculcate the Party Ideology of Socialism and Self-Reliance.
The main functions of Kivukoni Ideological College were: To spread and reinforce the ideology of the Party (TANU) through interpreting, teaching, analysing and defending it and in so doing raise the level of understanding of leaders and masses at large. To be a source of ideas to help the Party promote the development of Tanzania. To be a source of information and an advisory organ on various issues regarding the ideology of the Party.
MISSION & VISION
Vision
The vision of MNMA is to become a centre of excellence for knowledge acquisition and adoption which provides education and training for creativity and innovativeness and promotes peace and national unity.
Mission
The Mission of the Academy is to dedicate itself to the advancement of lifelong learning through excellence in teaching, research, consultancy and public service in a challenging and supportive learning environment where the pursuit of knowledge, creative enquiry, critical thinking and applied skills are cultivated and sustained.
FUNCTIONS OF THE ACADEMY
Institution Logo

ACCREDITATION STATUS
The Academy is a legal and viable institution which was awarded Full Registration and Full Accreditation at NTA Level 9 (Master’s degree level) with The National Council for Technical Education (NACTE) on 21st May, 2002 and 30th November, 2005 respectively. It was also re-accredited in 2012 and 2017 respectively.
SELECTED APPLICANTS – BACHELOR DEGREE ACADEMIC YEAR 2021/2022-BATCH1 KARUME CAMPUS ZANZIBAR
Official Website: https://www.mnma.ac.tz

The institute of Adult Education -IAE

The National Institute of Transport (NIT)

Mbeya University of Science and Technology (MUST)